TOKYO — North Korea has decided not to participate in the upcoming Tokyo Olympic Games starting in July, scuttling any hope that the occasion will lead to a diplomatic breakthrough with the rogue state, as the Pyeongchang games did three years ago.

The sports ministry on its website gave a terse statement on withdrawing from the games: to protect its own athletes from the global public health crisis that is the coronavirus.

The impoverished state has been on edge over the outbreak since the early days. The border with neighboring China was shut down in January 2020, shortly after the virus began to spread. North Korea also imposed strict travel restrictions and quarantined suspected cases.

But the country is now working to resume trade with China as early as this month, fueling speculation that skipping the Olympics is more political — just like its decision to flaunt its thaw with South Korea at the Pyeongchang Winter Olympics in February 2018.

At the opening ceremony of the Pyeongchang games, North and South Korean athletes marched together under a unification flag showing the Korean Peninsula in blue. The two Koreas also played for a joint team in women’s ice hockey, further signaling a thaw in bilateral relations.

Three years have passed since. The biggest political change was a presidential transition in the U.S.

Back in the autumn of 2017, with Donald Trump in the White House, North Korea test-fired an intercontinental ballistic missile with enough range to reach the American mainland. The North subsequently declared itself a nuclear power, fueling tensions on the Korean Peninsula.

The incident triggered military pressure not just from the U.S., but also from China, North Korea’s biggest trade partner. The North chose to return to the negotiating table at the Pyeongchang Olympics, laying the groundwork for later summits with South Korea and China. It held its first-ever bilateral summit with the U.S. later that year, a development that exceeded its own expectations.

But Pyongyang struggled to maintain that momentum. North Korea and the U.S. ultimately failed to reach an agreement on denuclearization over their three summits, and Trump, with whom Kim had built a rapport, left the White House this January. The succeeding administration of Joe Biden has slammed North Korea on human rights, one of the sorest spots for its leadership. No bilateral thaw is expected anytime soon.

North Korea also cannot count on any help that could help soften the American stance. South Korean President Moon Jae-in had helped broker the talks between Trump and Kim. But Pyongyang blames Moon for the summits’ failure, convinced that the South Korean leader pitched an excessively rosy scenario to both the North Korean and U.S. sides. The North Korean leadership has no faith in Moon at this time. 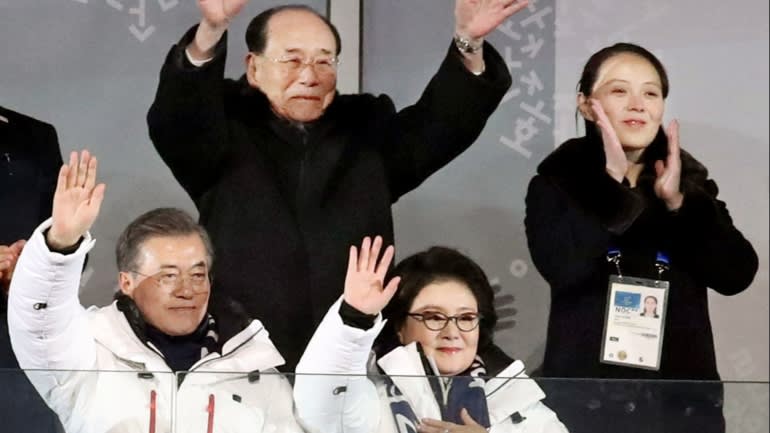 When Moon and Kim met in Pyongyang back in September 2018, the two Koreas had agreed to compete under a joint team in multiple events in the Tokyo Olympics. The leaders also discussed a joint bid to host the 2032 games. The North’s exit poured cold water on Moon’s ambitions to advance the dialogue with North Korea at the Tokyo Olympics.

The impact on Japan, meanwhile, could be significant — and not only because other countries might follow suit in dropping out of the Olympics for coronavirus-related reasons.

The games could have provided an opportunity for talks toward bringing closure to the long-standing issue of North Korean abductions of Japanese nationals decades ago. Pyongyang had engaged in dialogue for a time but has stopped responding to Tokyo’s requests for talks, even behind closed doors.

The North has concluded that “the current Japanese government won’t voluntarily pursue better relations” as Tokyo did in the early 2000s under then-Prime Minister Junichiro Koizumi, according to a source familiar with the situation.

And while the Olympics could have offered North Korea — reportedly in dire economic straits — a chance to return to the international fold, it appears to have instead hunkered down for an extended showdown with the U.S. and Japan.

Pyongyang has in the past used the games to burnish its image. It has traditionally performed well in individual sports with weight classes, such as judo, wrestling, boxing and weightlifting.

Athletes enjoy favored treatment in North Korea, and medalists have received rewards from the government including money, cars and luxury apartments, depending on their results. It is not hard to imagine the disappointment they must feel at missing this rare chance to shine outside their country’s closed borders.