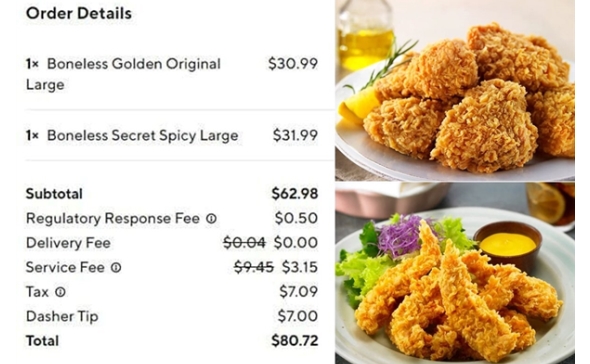 Genesis BBQ has been accused of overcharging U.S. consumers, who are mostly Korean Americans living in California and New York. The fried chicken franchise was found to have charged $80.72 (102,934 won) for two menu items, according to consumers and industry watchers, Wednesday. A consumer in the United States recently posted a receipt online, showing two fried chicken dishes costing $80.72, including tip, delivery fee and tax. Normally, BBQ’s fried chicken menu costs around 20,000 won per dish. The posting has created a heated debate over whether the company is ripping off U.S. customers, as they appear to have paid more than double what consumers here pay.