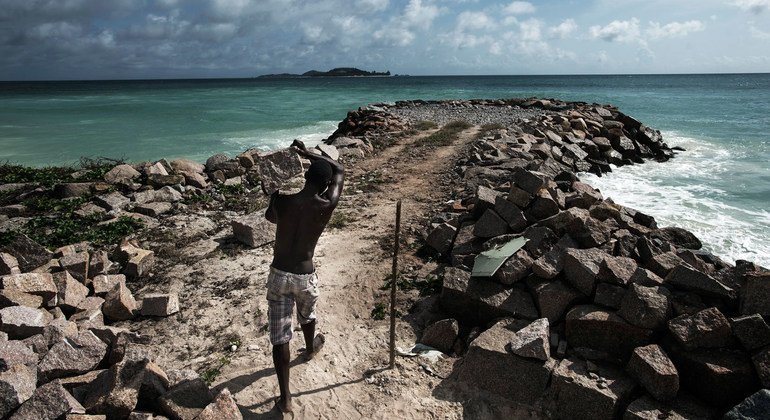 Addressing members of the Coalition of Finance Ministers for Climate Action, he highlighted their critical role as the conference date fast approaches.

The planet’s resources still do not figure in countries’ calculations of wealth.

The current system is weighted towards destruction, not preservation.

The world must reconsider how GDP is calculated, reflecting nature’s true value in all policies, plans and economic systems.

“As Ministers of Finance, you hold the key to success for COP26 and beyond,” he said in a video message to their latest meeting, held from Washington, DC.

“Your decisions and actions in the coming weeks will determine whether the global economic recovery will be low-carbon, resilient and inclusive or whether it will lock-in fossil fuel-intensive investments with high risks of stranded assets,” he added.

Countries must “swiftly close the emissions gap”, he said.  They also must be ready to update climate commitments to get the world back on track to keeping global temperature rise to 1.5 degrees Celsius above pre-industrial levels.

“And this is just a starting point,” the UN chief said.  Public and private finance “must align with a net zero and resilient development pathway,” he added.

“That is why I call on each of you as ministers of finance to take decisive steps to make climate risk disclosures mandatory in line with the recommendations of the Taskforce on Climate-Related Financial Disclosures.”

With climate change increasingly affecting lives and livelihoods each year, “Glasgow must deliver a breakthrough on adaptation”, the Secretary-General said.

He urged the ministers to consider allocating half of all public climate finance in support of developing countries for adaptation.

They were also encouraged to reconsider how Gross Domestic Product (GDP) is calculated, to reflect the true value of nature.

“Nature’s resources still do not figure in countries’ calculations of wealth,” said Mr. Guterres.  “We need nature-based solutions for adaptation and mitigation.  The current system is weighted towards destruction, not preservation.”

The Secretary-General underlined the critical role finance ministers have in the success of COP26 and beyond.  He said urgently improving access to climate and development finance will be key to rebuilding trust among countries at the conference.

“Your representatives at the boards of multilateral development banks could request management to present as soon as possible a set of concrete measures, implementable by the end of next year at the latest, to address red tape issues and improve the speed and efficiency of systems and processes in all development finance institutions,” he added.

As climate change and the ongoing COVID-19 pandemic pose new and unique challenges to low- and middle-income countries, the UN chief it was only logical to revise current thresholds for Official Development Assistance (ODA) to improve access to finance.

He appealed for ministers to instruct their country representatives to the Organisation for Economic Co-operation and Development (OECD) to review the process for eligibility.